The Cenotaph in ANZAC Square lit up for the Dawn Service on 25 April 2017. Photo courtesy of Peter Collins.

Cr Quirk said ANZAC Square was a place where Queenslanders had come since 1930, to honour those who had served Australia in times of conflict and in peace, and the restoration works would ensure it remained a fitting tribute for many years to come.

“Significant works to return ANZAC Square to its former glory and honour 100 years since our involvement in the First World War have already been completed, including structural repairs to the Shrine of Remembrance and Memorial Crypt,” he said.

“Final works will now be completed to improve accessibility through the square, with upgraded pathways, a reconstructed stairway and a new lift installed on the Adelaide Street frontage, as well as new interactive features that will provide insight into the sacrifices our service men and women have made for our freedom.

“These major restoration works will include new memorial screens along the walkways, a new entrance to the World War I memorial through ANZAC Square as well as landscaping and lighting to complement the heritage qualities of the memorial.

“In order to facilitate these important works, the memorial gallery and crypt will be closed while the restoration is being undertaken and will reopen in time for Remembrance Day 2018.”

Cr Quirk said the $22 million project first commenced in 2014, with significant works to repair and waterproof the memorial, restore the Eternal Flame and refurbish the Shrine of Memories and Memorial Crypt.

“ANZAC Square is Queensland’s oldest memorial to those who have served our country and has been the site of major commemorations since it opened on Armistice Day 88 years ago,” he said.

“It was borne out of a grieving society that fought for 15 years to secure a memorial where they could pay tribute to those lives lost in the First World War and paid for by the donations of citizens who were themselves facing difficult times in the years leading into the Great Depression.

“More than 15,000 people now pay tribute at the ANZAC Day dawn service every year and Council is committed to ensuring ANZAC Square remains a special place of remembrance for future generations.”

The ANZAC Square restoration is a joint initiative between the Queensland Government, ANZAC Centenary Public Fund and Brisbane City Council, with works being delivered by Council.

For more information on the ANZAC Square Restoration Project, visit www.brisbane.qld.gov.au, or call Council on (07) 3403 8888.

[Ends] JUNE 21, 2018.
This was a Media Release from the office of the Right Honourable, the Lord Mayor of the City of Brisbane, Councillor Graham Quirk. 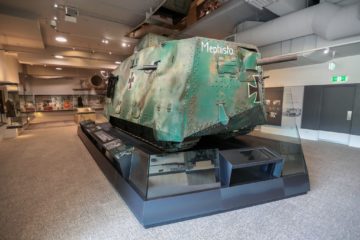 THE legacies of World War I and how they shaped modern day Queensland will be the focus of Queensland Museum’s new permanent exhibition, Anzac Legacy Gallery, which opened on 10 November 2018. Minister for the Arts Read more…