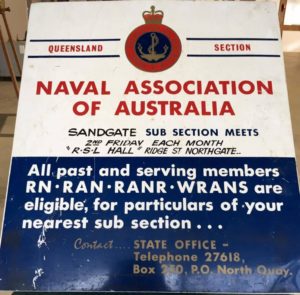 The name “Sandgate Sub-Section” of the Naval Association of Australia Incorporated has an interesting history.

Prior to 1954 there was only a Queensland Section to cover all of Queensland and this was quite inadequate.

A State Council was formed with officers elected from members of the two sub-sections and the first State Conference was held at the Naval Depot in 1955, hosted by Brisbane Sub-Section.

In 1972 “Northside” was added to the Sandgate name because a new sub-section called “Bramble Bay” was formed in the Sandgate area.

In 1985, because of the name problems they were having with the Australian Naval Cadets unit that had formed on the Woody Point side of Bramble Bay, the Sub-Section changed its name to “Bramble Bay-Sandgate”.

In 1988 Northside Sandgate Sub-Section decided to change their venue of meetings to the Kedron-Wavell Services Club and they changed their name to “Northside-Wavell Sub-Section”.

This meant that the original name of “Sandgate” was dropped after 34 years.

Not long afterwards the Northside-Wavell Sub-Section folded with the members transferring to Sandgate and Brisbane Sub-Sections to name but two. 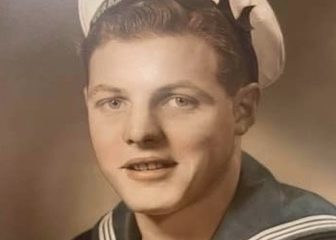